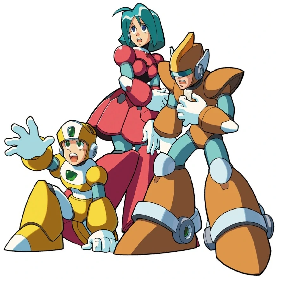 Having been created by an unknown scientist, Pears bears the memory of the scientists son, but has had any knowledge of his creator removed. Awaking in a small strange lab Pears found himself lonely and wandering around trying to find out if anyone his memory remembers is around or even exists.

After a brief search, Pears notes that the place is deserted. Tying to find a way out Pears finds a piece of glass on the ground that would serve as a mirror. Looking in the mirror, Pears notices that he looks nothing like his human self. His hair is a dark raven color and he bears a blue insignia in the shape of what appears to be an "h" with a line through the top and bottom. Confused and alone, Pears wanders the planet on which he is on finding it to be a bleak and desolate place. After Almost being torn apart and knocked unconscious by some wolves, he was saved and the wolves were scared off when he was engulfed in a bright violet light and vanished.

He awoke in a village people called Truce. He was saved by an lady that said she healed the locals. One thing still troubled him though from the journey he had been on. It seemed like he had been at this location before but he never noticed any of this surrounding area.

Pears thanked the lady and bid her farewell and found his way to a fountain where seemed to be the local gathering place.

Pears asked a random moogle: "What planet am I on?"

The moogle looked at him confused and said "Planet? This is the Cleft of Dimensions."

Just a bit shocked, Pears sat on a nearby bench to ponder things. "How did I

Just then Pears had a flash of what appeared to be a book he read once 'Those bearing the insignia of Saturn shall be brought to the Cleft should their existence be threatened'.

Realizing what must've happened, Pears thought to make the best of it and learn about this new world he was placed on. The first thing he did was get a map from a strange little man. Next he sought out a profession. He was quick on his feet and, after consulting with a local trainer, he decided to take up the profession of a ninja.

For months Pears learned about the cleft and its inhabitants. Once, while he was resting at the fountain where his journey had begun, he noticed a man that, seemed to look of a trustable type, talking about a clan that helped the needy and proposed that all that wished to help come to the Truce Bar. Pears thought back to when he had been saved by the lady known as Selan. Thinking about her kindness, he sought to repay the favor to all living beings.

Pears didn't like waiting, so he confronted the man known as Saneron. He went into brief detail about the clan but said that the details would be later. Satisfied, Pears said he was looking forward to joining and followed Saneron off into the town.