The Vampire is a class available to members of any base class, which focuses on stealing skills and spells from the blood of monsters. By using their bloodsuck ability with training the blue magic skill, a knowledgeable and adventurous vampire may accumulate new spells and skills to use temporarily, making them into an ever-changing hybrid class, while still retaining the use of their base class's skills.

One may only evolve into a vampire with a secret ritual involving blood...

Propose new featured articles on the talk page for this template: Template_talk:FeaturedArticle

Quest spells, quest skills, or 'Qspells' are abilities that are only obtainable as rewards for completing quests. Some of them are powerful and rare, and some are just novelties. Which ones you can get depend on your character class and race, but a few are available to every single character type.

All of them are granted at 1% and will need to be practiced like other skills gained by leveling up.

There are various liquids that players can consume in the Cleft of Dimensions. The main purpose of liquids is to re-hydrate the player, since being thirsty decreases a player's regeneration rates by half and skills by 10%. Some liquids can also make you less hungry or even make you drunk. 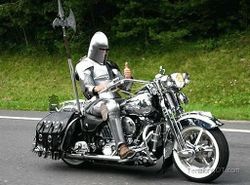 A vehicle is a type of item which is similar to furniture.

To use a vehicle, a player only has to 'sit' in it as if it were a piece of furniture. From there, they can type normal movement commands (north, south, etc) to move both themselves and the vehicle to another room while still seated.

Some vehicles can have multiple people seated in them. Passengers will not be shown room descriptions as they are taken through different rooms.

Entering portal-type items, getting into fights, being transferred by an mprog, and using action socials (like climb) to move between rooms will cause the driver to fall off the vehicle, leaving it behind.