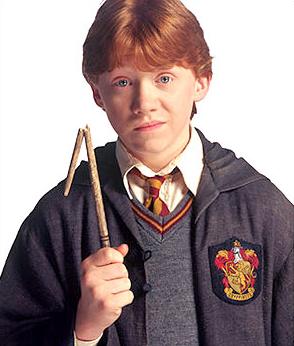 Using a spell from an item causes the same amount of lag to the player as that spell normally causes. The Nimblehands skill can halve this lag.

Scrolls cast one to four spells on a single target.

To use a scroll, a player only needs to have it in their inventory (but not inside a container). Typing recite (scroll) (target) will activate the scroll. With some spells and in some situations, the target is optional.

Scrolls are consumed when activated. Failure to activate the scroll correctly will consume it anyway.

Reciting a scroll that casts multiple spells only causes as much lag as the slowest spell used.

Wands, Staffs, Rods, and Event Items have different properties but are all activated in the exact same way.

Zappable items must first be worn before they can be used. If the item is in the 'held' slot, then the player can type zap (target) to use it. If it's in a different slot, the player must type use (item) (target).

With some spells and in some situations, the target is optional.

When a Wand, Staff, or Event item is out of charges, it is destroyed unless it has the noexplode extra flag set.

Wands cast one spell on a single target and have finite charges.

Wands can be recharged with the Summoner class's Recharge spell. Recharge can add charges up to the wand's maximum, but always sets its maximum charges to zero.

Staffs cast one spell on multiple targets and have finite charges.

Staffs can be created by players with the Sorceror class's Staffify ability.

Staffs can be recharged with the Summoner class's Recharge spell. Recharge can add charges up to the staff's maximum, but always sets its maximum charges to zero.

Rods cast one spell on a single target and have infinite charges, but also have a cooldown period before they can be used again. Rods with zero cooldown can be used rapidly.

Rods are never destroyed through use but cannot be Recharged.

Event items execute a script (mobprog), and can have finite or infinite charges, and may or may not also have a cooldown.

If an Event item has a finite number of charges, it will be destroyed when it's empty whether it also has a cooldown or not. Event items with a cooldown but infinite charges will never be destroyed through use but cannot be Recharged.

Using an Event item causes no lag to the player, whether they have the Nimblehands skill or not.

The script executed by an event item is a normal mobprog, but there are some restrictions on what can or cannot be done with an event item: Players can't have a delay, counter, or remember target, so event items may need to load an intermediary mobile to do anything particularly complex.

Some variables act differently when an mprog is activated from an event item:

Since 'use' doesn't accept multiple targets, $n and $o cannot exist at the same time.

Note that players are considered to be vnum 0 when using a 'vnum $i' check.