From The Cleft of Dimensions Wiki
(Redirected from Caspia)
Jump to: navigation, search

The Sea of Wonders is a place in Shadmire where the Mana Holyland used to be.

It was turned into the Sea of Wonders by Benamas after the Army of Vandole attempted to invade the Holyland and Ageatii moved it to the Upper Realm.

The city of Caspia is here.

47 - The Mana Holyland falls into the Cleft of Dimensions it's presence remains unknown until years later.

c100 - Sceiron and his posse settle in the Valley of Wonders, by the Mana Holyland. They discover the Moon Palace and spend the next few decades researching there. He orders the construction of a great tower.

104 - Construction of the Tower of Leires is complete on the tallest mountain peak of the Valley of Wonders.

121 - Sceiron receives a prophetic mirror from the god Sylvere. The mirror foretells an army invading the Mana Holyland in order to utilize it's power for malicious intent. Sceiron decrees that they shall build a fortress city to help protect the holyland.

187 - Construction of Monheim is complete.

251 - The Vandole army invades Kakkara and gains control of Caspia.

252 - Army of Vandole invades the Mana Holyland in the Valley of Wonders, which Ageatii sends to the Upper Realm. Most members of the army and Monheim vanish or die in the battle. The next day Benamas turns the land that remained into a Sea of Wonders.

317 - A military ship from the Goa Empire mysteriously disappeared in the Sea of Wonders while in search for the Moon Palace.

319 - Monotoli Inc. invests in the region, developing hovercrafts for travel across the desert and sea.

Enclosed by land on all sides, the Sea of Wonders is vast and rarely explored these days. In addition to a small city on the coast, there are three islands that exist somewhere in the region, which were previously the tallest peaks of the area once known as the Valley of Wonders.

A city that exists on the southern coast of the Sea of Wonders. While they have a decent sized harbor, boats rarely travel in the waters of Caspia because of fears of giant beasts beneath the surface of the black sea.

This small town sustains itself by collecting the unusual star-shaped gems that wash ashore and through engaging tourists.

Gate of the Ravens, Entrance to Leires

Of the three islands that lie in the Sea of Wonders, Leires is much smaller than Zurvan, but much larger than Oblivion. It is also the tallest island. At the peak of Mt. Leires lies the Tower of Leires, which is surrounded by a large stone gate known as the Gate of the Ravens.

The Tower of Leires is ten stories tall and is a remnant of Monheim. The top floor of the tower is the highest point of the Sea of Wonders, but not much can be seen from here because it is always night.

The Room of Fate lies at the top of the tower, which supposedly reveals different types of information to those who seek it.

Zurvan is the largest isle in the Sea of Wonders. Here, the ancient city of Monheim, founded by Sceiron, rests and within the center of Monheim lies the Moon Palace. The city has since been abandoned since the Mana Holyland left, with all it's residents assumed dead or in the holyland as well. Some say they became the Moonchildren.

This is the smallest island in the Sea of Wonders. Though few have landed on these shores, they have not been able to return. Some believe it is the gateway to the Mana Holyland. 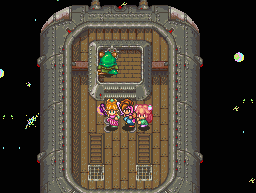 Mechanical ships created by Monotoli Inc. dominate travel to and throughout the sea. To access the sea, one must travel by sandship through the Kakkara Desert. While the sandships and engineers are provided by Monotoli, actual travels are negotiated by Shadmire government workers.

Another ferry service run by chobins, although expensive, takes the more bold to the abandoned isle of Leires. This ferry, although very slow, hovers across the waters rather than floats on them. While far less convenient, it makes them seem more impresive to tourists and also does not disturb the water, which many local folks are afraid to do.

Virtually everyone lives in Caspia - the three isles are deserted because of their inconvenient isolation. The population of Caspia is diverse and consists of those attracted to the magical realm once known as the holyland, and descendants of the magical creatures that survived the valley flood.

Sylphlike beings known as Moonchildren inhabit the ruins of Monheim, their exact origins are unclear, as there is no past record of their existence. They first started appearing around the area after the Mana Holyland vanished. They have created their own lifestyle in the city ruins separate from the rest of the world.

There is some record of Sunchildren that wandered the area when the Mana Holyland -was- here, but the Sunchildren have not been spotted in a while.

Not much lives in the sea, aside from some jellyfish-like morph creatures that float through the air called marmablues.

In Leires, many creatures have inhabited the tower, ranging from reptiles to poltergeists.

The Sea of Wonders is contained in the northern region of Kakkara, the largest island of the Shadmire Archipelago - possibly large enough to not be considered an island.

The natural fortifications of the area make communication with the rest of Shadmire difficult, but these problems have begun to relax in recent years with the aid of Monotoli Inc.

A pair of Gigantos once had a flexing contest which quickly devolved into a bragging of exploits:

- Well -I- obtained an explorer's backpack!

- So what, I completed DROWNED DREAMS!

- Yeah but -I- completed FLOWERS FOR THOMA!

- But did YOU defeat Mado?

- YES, and -I- completed LUMINENCE!

- But I bet you didn't explore the Moon Palace!

"Always carry an ATM card when traveling to new places. Pay attention to the time, especially in areas where you need to wait on transit. Timing is just as important as curiosity!"