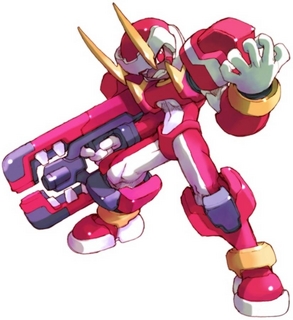 The sound of rustling leaves in the wind, and the occasional hoot from those annoying owls, were the only sounds you could hear at this time of night. At the summit of the mountain, a reploid in black armor is sitting and watching the horizon.

"How am I feeling this way? This part of me has died a long time ago, and yet.."

Closing his eyes for a moment, he thinks back to the encounter with the strange reploid girl at the sanctuary in Truce. Vice didn't understand her at all, her reaction, her emotions, her goals, he couldn't understand...or was it the fact he wasn't allowed to? Reopening his eyes, he lets out a sigh.

"Aura, what is so different about her? Why is it only after the encounter with her, that I feel I'm missing something...something important...something like existence. I feel as if I don't exist at all. What am I? Who am I?"

He sat there, looking dazed, confused, and lost, much like the first time he awoke at the Truce fountain. The reploid that was meant to be a hunter, a protector, possibly a savior of some kind, turned out nothing like it. Questions swarmed inside his mind, but why, why is it only now, after that encounter with the strange reploid.

"What am I fighting for? I thought I was free...free from his control."

The screams of the innocent victims he's killed over the years echoed inside his head. Their eyes filled with fear, clinging onto life until their last breath. With a simple action, everything they had, everything they lived for until that day...stolen by a heartless, soulless individual.

The vision in his right eye seemed off, a droplet of water ran down the side of his cheek. The winds were picking up, blowing the slight portion of hair covering his left eye, revealing the red, off-colored eye, which seemed to be glowing. As the droplet of water from his right cheek fell to the ground in the still night, it began to rain. The black armored reploid just sat there, the winds were now howling, and the rain continued to pour down.

"It seems as if I'm not the only one crying." He said as a weak smile escaped.

Planting his hand on the ground, Vice slowly stood up. The storm continued to grow worse, lightning striking the nearby trees. He clenched his fists, as he slowly looked up to the sky.

"I have failed on my part, this is the last scene I will see."

With those final words said, the reploid stood still in the rain, staring at the sky. Lighting struck the summit, exactly where Vice stood, within that moment, time itself seemed to have stopped. A few minutes passed, and finally he moved. Still staring at the sky, he begins to laugh.

"I suppose that was the divine punishment for us...but we are that no longer. I will do what I want, there's no one to protest it now, not even my former self.{x"

Several images of different people flash in front of his eyes. A blue colored reploid with a missing arm, a hylian wearing a white trench coat, wielding a revolver, a very odd reploid, the only word to describe it would be monstrous, a reploid girl in a red body suit, and a reploid with white hair, not resembling any other reploid, probably due to the look on newer models.

"Hunters...I've been watching them for awhile, and I've got special plans for them. As for the others, they will be taken care of as well. I have no time limit, this mission is for enjoyment, it is not for any other cause. No matter what happens, in the end, all will perish..."

The two dim auras normally emitting from him, is glowing intensely, growing brighter each second. The clashing of the auras come to an end as something crosses his mind and the dark cloudy aura is drowned out by the intense red one. The red aura swarms around his body, going out of control it surrounds the entire summit, engulfing it completely.

"Melaci, you will drown in the sea of your own blood."

Vice smirks as the aura returns to it's original state. Activating his cloaking unit, he leaps off the summit and enters the darkness below, as if being swallowed by a huge monster...