Wutai is a city in Guardia. It is northeast of Truce, on the northern coast of the Western Sea.

Wutai was founded around 190 years after the Cleft's formation.

At some point, a power plant was constructed by the ShinRa Electric Power Company on Mt. Nibelheim to the north to provide electricity to the city.

The Altamira Boardwalk is just south of Wutai, with various attractions for tourists (like a ferris wheel!).

Among these attractions is the Smash Stadium. 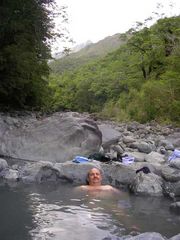 Wash barf off you body

The mountains north of Wutai have some geothermal activity. Upwellings of hot mineral water form basins and pools for relaxing in.

It's a really tall building where you can train your mind and body. It's on the west side of Wutai.

Wutai has a wide variety of shops offering unique items. A refurbished servbot has opened an electronics store called Bits and Pieces, an establishment commonly visited by reploids. There is also a really nice bar/restaurant known as Turtle's Paradise.

The resort known as Kett's Rooms is only a few miles to the south, on Humboldt Island.

This store is maintained by an old servbot and offers a wide variety of equipment, some of which are designed to be used by Reploids only. His inventory is constantly changing so only a regular customer can see everything that he has offer. Below is a list of some of the items you may find in stock:

Brock runs a Pokemon Gym here, the first milestone for anyone on a quest to become the best there ever was.

Like Truce, Wutai has cobblestone roads running throughout it and pedestrians are common. Roads from Wutai lead west to Truce, or north into the mountains, with Mt. Nibelheim on the other side. One can also ride a ferry from Truce to get there.

The El Nido Triangle lies to the east, but travelers would have to find their own way across the Aegiren Ocean.

Wutai is part of the kingdom of Guardia. It maintains a town guard, which is probably funded at least partially on the (notoriously low-profile) government level.

A couple of tourists once showed off their prizes from Smash Stadium to one of the locals. The curmudgeon rolled his eyes and unleashed a barrage of questions to test their touring might:

- Have you earned the Boulder Badge?

- Taken a ride on the ferris wheel?

- Navigated the bay by fish?

"Luigi loves-a Wutai! Everyone-a needs ta-visit the Altamira Boardwalk at least a-once and the hot springs are-a very relaxing! The Double Cut materi-a sold here not only makes-a Luigi faster, it also helps him carry more items in-a pinch. Tents are-a expensive at first, but well worth Luigi's coins when he remembers ta-pick it back up after taking-a quick rest!"