From The Cleft of Dimensions Wiki
(Redirected from Pill)
Jump to: navigation, search 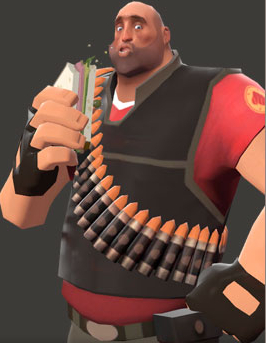 There are many foods that players can consume in the Cleft of Dimensions. Both food and pill items are used by typing 'eat (item)'

The Kirby race can type 'eat all', which doesn't function for any other race. This will cause the player to instantly and simultaneously consume every food and pill item in their inventory (but not within a container). This can't take them above 48 satiation or fullness, and if multiple spells are cast then they only receive as much lag as the slowest spell. Kirbys can also continue to eat food and pills (but not drink) even if they are at maximum fullness.

The Reploid race can't eat anything at all, but doesn't get hungry either.

The main purpose of food is to nourish the player, since being hungry decreases a player's regeneration rates by half and skills by 10%. Some food can also have additional effects. These additional effects are amplified by 150% for Kirbies.

Mobiles cannot get hungry or full, and do not even have hunger or fullness stats.

Eating a food item modifies the player's Satiation and Fullness conditions. These can range from 0 to 48. Trying to eat while you're at 40 fullness or more will fail. A player receives the 'You are full.' message if their fullness is above 40, but they can still drink while they are below 45.

Eating a food item that casts a spell will cause lag to the player. The Nimblehands skill can reduce this by half.

Identifying a food item will not reveal what spell, if any, it casts. This is intentional.

The Knight class's Ration skill can split a food item into two halves.

A food item with the extra3 flag "eventitem" won't cast a spell, but rather execute the mobprog specified by the v2 (spell level) field. This mobprog will have neither a victim nor a target, so be careful.

Pills are similar to normal food in that they are used by typing 'eat (item)'. Pills can't modify hunger or fullness, but still can't be eaten if the player is over 40 fullness, except by Kirbies.

Eating a pill will cause lag to the player depending on the spell cast. If multiple spells are cast, the player only receives as much lag as the slowest spell. The Nimblehands skill can reduce this by half.

A pill item with the extra3 flag "eventitem" won't cast any spells, but rather execute the mobprog specified by the v0 (spell level) field. This mobprog will have neither a victim nor a target, so be careful.